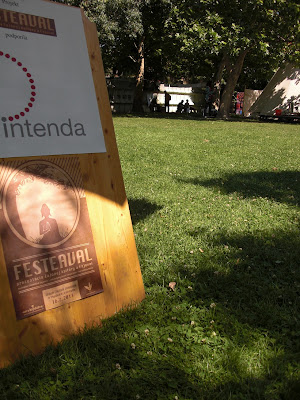 Warning: picture spam ahead!
Today, Bratislava's (and, as far as I know, Slovakia's) only and still quite young tea festival took place in Medicka zahrada (Medic garden) public park in downtown, organized by a summer tea-house which is settled in this garden. FesTEAval, described as a festival of Slovak tea culture and Slovak tea-houses, took place last year at the same place, though it was said to be the 0-th year; this was therefore the first official year of this promising festival, which I hope will become an annual tradition in our city. I attended last year and it already had a great atmosphere, so I really was looking forward to seeing what will the 2011 event bring. 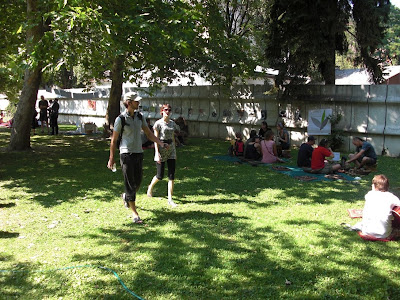 Compared to last year, the weather was almost ideal for such an outdoor event - sunny and just a bit windy. Last year, it was accompanied by heavy rain, so everything had to take place inside, inside the big tent of the summer teahouse. There weren't many visitors this year, though I would say it was more than the last year - still, the festival is only at the beginning of its path. On the other hand, the atmosphere wouldn't ever be so personal and friendly with much higher visitor rate - this really was somehow a plus for me, as I don't really fancy big crowds very much. 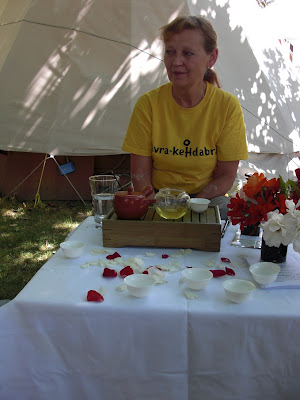 Avra Kehdabra - new literary teahouse from Bratislava, one of my favorites

The unique thing on this event is that it tries to cover up and connect all teahouses across Slovakia, allowing them to present their teas, teaware and tea-serving customs to the visiting people, all of them at the same place - and all for free. Even though only a small fraction of teahouses really arrived, mostly those from Bratislava (I believe it isn't easy to travel to the capital from the other end of country just for one-day-long, small event), the offering was quite diverse - thanks to this, I was able to visit different stands of different teahouses, both those well known which I visit frequently, as well as some which I've never heard about until now - all this under the blue sky, shaded only by the garden's old green trees. 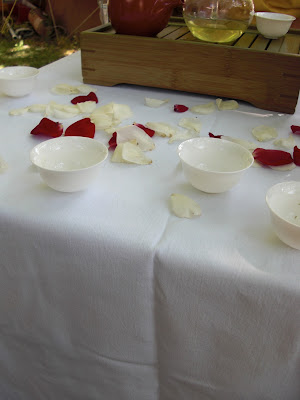 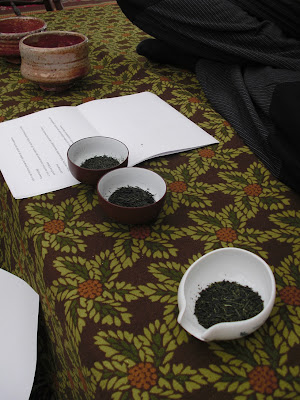 Another part of FesTEAval was taking place inside the tent - various lectures and discussions about tea accompanied by tastings of teas that were the theme of every lecture - Japanese greens and Sado ceremony, Chinese teas and Gong-fu ceremony, Darjeeling and Puerh. 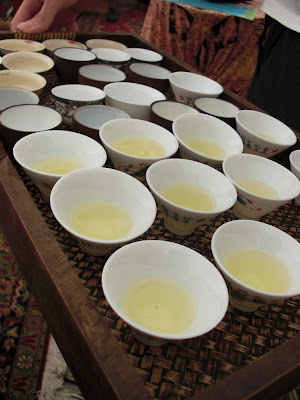 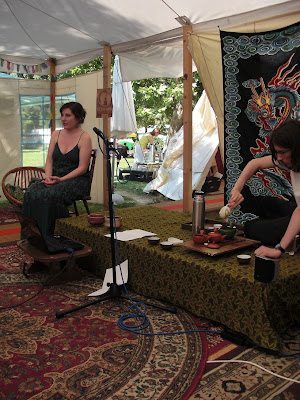 Japanese teas - we tasted four different teas, "typical representatives" of the main categories - Sencha, Kabuse, Gyokuro and Tamaryokucha - most of which were from Teamountain. 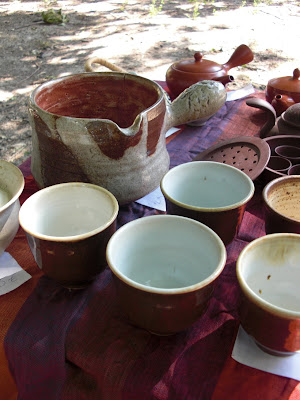 Teaware for sale - outside the tent, mostly used teaware from various sources, countries and producers was offered for quite an interesting prices (including some Petr Novak pieces, which were especially tempting). 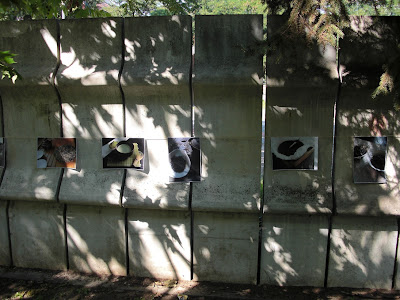 Tea-related decoration on the garden's walls - some of you may recognize three of my photos, obviously downloaded from my blog without me knowing - it's impossible to be mad at them, though :-) even though it really was surprising and sort of funny to see these photos here. 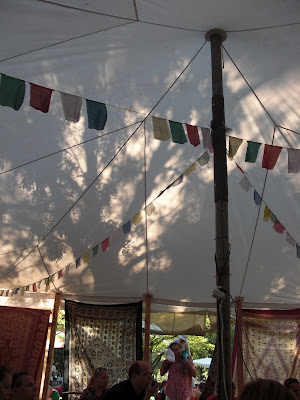 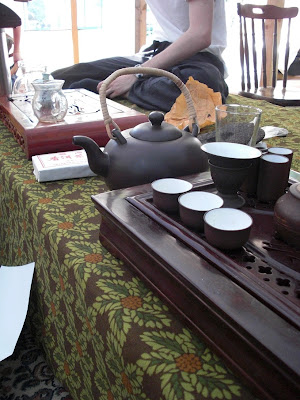 Once again, I was able to experience a whole day in company of great tea, great mood and great people - a big thank you to everyone who contributed to this event. FesTEAval is a great idea and I hope and believe it will get even better next summer, hopefully also attracting much more visitors.