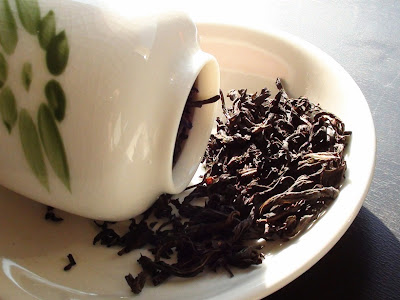 Today, out of an unexplainable inner need, I opened a jar of 2010 Traditional Wu Yi Shui Hsien, was purchased from one of my favorite Czech tea vendors LongFeng at the beginning of February 2011 and, since then, rested in a wax-sealed jar. Back then, when it was fresh, it already was a very solid , traditional Yancha – originating in inner Wu Yi, grown at elevation of about 800 meters above the sea level, completely hand-made and roasted over hard-wood charcoal.

In fresh state, its taste was already very pure and remarkable, though still somehow fiery and roasty – not in a bad way, though still impossible not to notice - a major nuance in this tea's typical character.

Yet, I was wondering – how would this taste evolve, if I let the leaves rest for a while? Until next winter, maybe?

In the end, I haven't opened this jar in winter. Strangely, the usual need to drink darker rock oolongs, which have accompanied me almost every fall and winter of my tea-life so far, almost haven't appeared this year.

What might seem even stranger – but still feels right – is that this need appeared today. On a sunny, warm day at the beginning of spring. All of sudden, I just felt it's the time to open this jar and pour these leaves into the teapot once again. 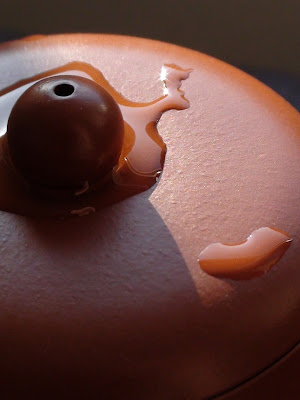 Just a quick note, since I don't really want this to be a traditional tea-tasting post: these leaves really did change. A year spent in porcelain without any access to air or light made the fiery roastiness almost disappear, moving its character more into the field of sweet, fruity deepness, dried plums and caramel-like creaminess.

This tea, with its warming, mineral character, feels somehow special and definitely unusual on a day which is equally warm itself.

It is not typical at all for me to drink such tea in spring; but today, it just feels right. For some reason, it feels like this is the tea I was longing for. And for me, that is what matters most.

Usual day, made unusual by an encounter with a personal little year-old tea experiment.

Posted by Michal Tallo at 4:17 PM No comments:

New Sun for the Leaves 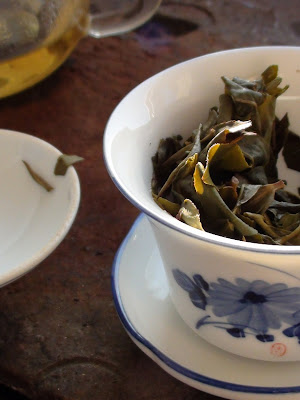 Spring is Back; 2012 Dooars Putharjhora 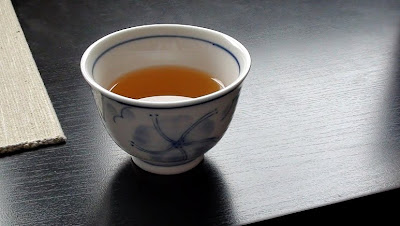 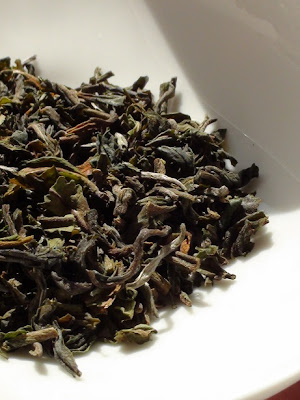 Three days ago, I went to my favorite teahouse in Bratislava, Avra Kehdabra – fresh 2012 Dooars Putharjhora FTGFOP-1 First Flush from Teamountain just arrived and I had a chance to witness the first opening of its package. 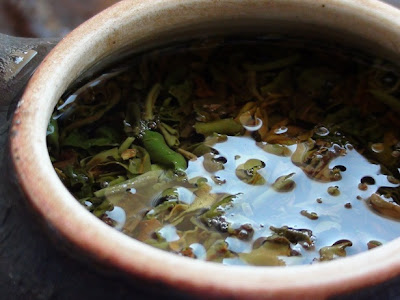 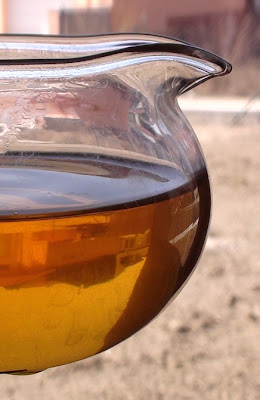 The simple moment of first sniff and sip of the very first tea of spring; every year, it feels like awakening after a year-long sleep.

Enjoy these first days in sun. 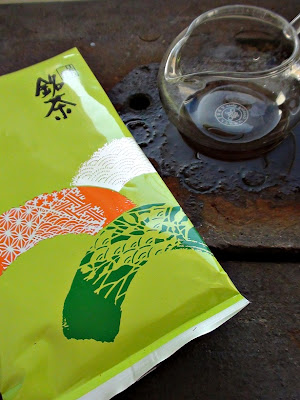 Seems like the spring is already beginning here in the middle of Europe. For the last week or so, we've been enjoying mild, awakening sun and and pleasant temperatures, allowing us to stay outside more than before. This weather naturally also awakens my desire for fresh, spring green teas – these aren't available yet, though, but luckily, there still are some last year's green remains worth drinking before the season begins.

The tea I'm going to talk about today is an inexpensive one; from Teamountain's regular offering. It originates in Miyazaki prefecture of Kyushu island, is made of first flush Yabukita leaves and is medium-steamed (chumushi). What distinguishes it from most regular Sencha teas is the fact that this one was shaded for a few days before picking, putting it somehow on a halfway between Sencha and Kabusecha. 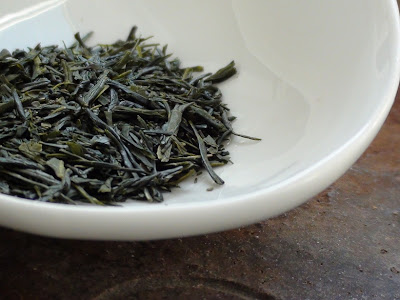 The appearance of these leaves seems to correspond with its chumushi processing – there are some longer needles, though most of them are quite short. Other than that, they are shiny, ranging from light to dark-green and with very sweet, fruity and almost caramel-like smell, somehow unusual for Sencha - I suppose this is a result of shading. 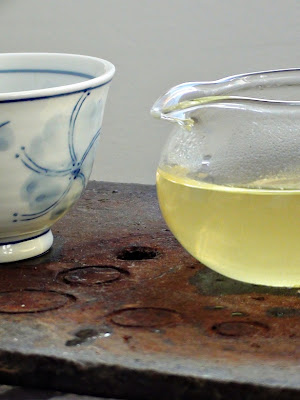 The first infusion is lively green in color, very clear and smells even sweeter than the dry leaves. Its taste, though, is quite different – very refreshing, light and not so sweet, with mild tones of nuts, slight spiciness and fruit – though, in this case, as opposed to the smell which reminded me of ripe fruit, in taste it's something young and refreshing. The aftertaste is medium-long, pleasantly mild and made of various nuances; hazelnuts, caramel and white grapes.

The second infusion is brewed with slightly hotter water and has a bit more opaque green appearance and sweet smell. This time, the taste is sharper, greener and even more refreshing than before, though I've noticed one thing while drinking this brew – while refreshing, this tea lacks the cooling character many Sencha teas have, especially during spring and summer. Instead, this one feels warmer, nuttier and even a little bit roasty. Once again, I think this might be a result of shading – and it indeed ads to the tea's unusual character. The aftertaste is very long, full, fruity and nutty with enhanced sweetness, when compared to the previous brew. 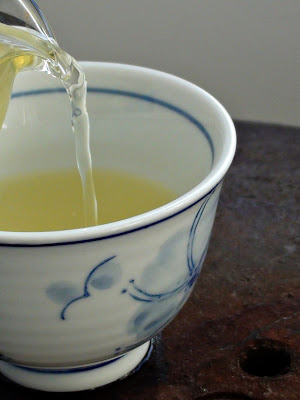 In terms of color, the third infusion is similar to the first, being light green and transparent. Its taste is crispy, nutty and roasty; compared to previous brews, it lacks most of the refreshing tones. Now, the main tone seems to be reminiscent of freshly baked bread, slightly sweet and mouthfilling. The aftertaste is shorter, though still very pleasant and offers the former sweet, caramel-like and ripe-fruit tones, mainly of plums.

One more infusion is prepared with significantly hotter water; its clear, light-green brew gives simple, slightly woody and roasty taste and quite a warm overall feeling. 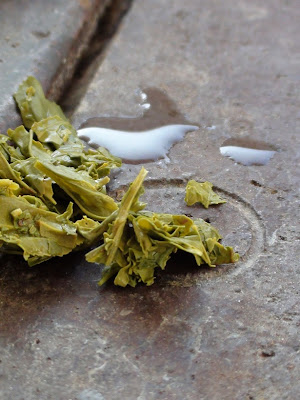 This everyday Sencha is one of the teas making my wait for first teas of 2012 at least a little bit easier. I'm quickly running out of it, though; but then, it's already March, the sun is shining and fresh Chinese greens are soon to be seen (and tasted), I believe.

Posted by Michal Tallo at 4:22 PM No comments: