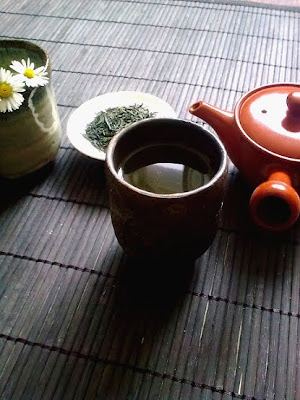 The river, so calm -
today I will show it all
my birthmarks
Posted by Michal Tallo at 3:36 PM No comments:

Tea in the Park, Year Two 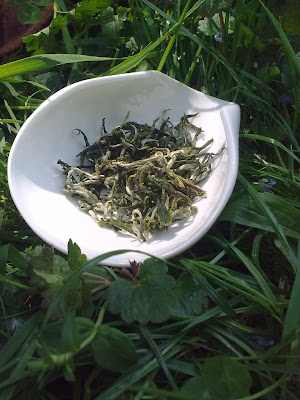 Accompanied by gentle breeze and mild sunshine, I met with old friends today and headed towards the oldest public park in Bratislava, Sad Janka Krala. We decided to repeat the event from last year, when we met at the exact same place with one purpose in minds - to enjoy a bit of silence in nature and drink fresh spring green teas right under the sky. 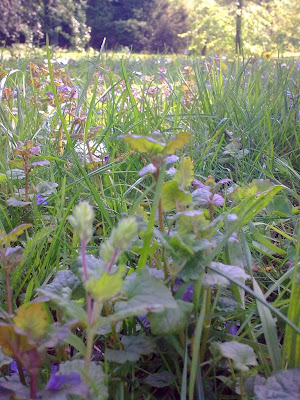 This Saturday seemed to be an ideal day for such a meeting, being delightfully warm and sunny – similarly to last year, we enjoyed two 2011 teas today, both green and Chinese. The first was Hai Nan Bai Sha Lu about which I wrote last month; the second, picked about a month later, was Wu Yuan Ming Mei, originating in Jiangxi province. 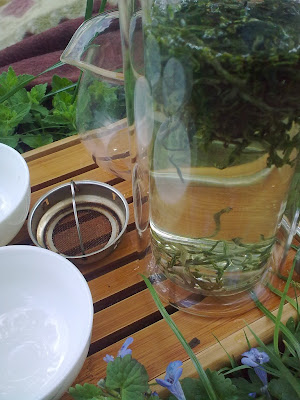 Drinking tea outside is a completely different experience from drinking it at home – there is something very pleasant in the sight of fresh leaves, slowly unfolding in water, just as if they were dancing for the singing birds. 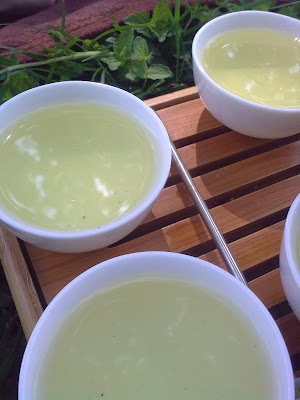 This impression is even strengthened by the trees above our heads, reflected in cups filled with mild tea.

Escaping the city rush at least for a moment often seems priceless - and so does the opportunity to spend at least a bit of our rare time with long unseen friends and welcome spring by drinking its first harvest.

Posted by Michal Tallo at 4:57 PM No comments: 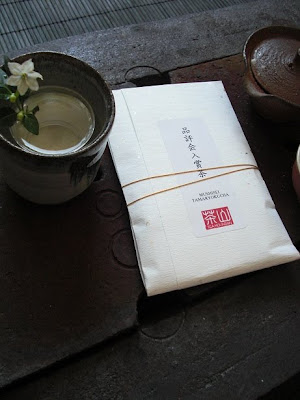 With long sunny days and temperatures higher than 20ºC almost everyday, I can finally enjoy Japanese green teas as much as I generally do in summer and autumn. Yesterday, I've already placed an order for my first 2011 Shincha (yes, I am going to drink this year's Japanese teas, despite of recent events) and can't wait for it – but until then, there is still quite a lot of interesting 2010 teas I haven't talked about yet.

This Tamaryokucha is one of them. Purchased quite a while ago in Slovak shop Nomad (though, being originally imported by Czech Teamountain, it carries the original TM label), it originates in Kumamoto province of southern Japan and is made of Sayamakaori cultivar. This specification – as well as the package – may seem very similar to the priced Kamairi Tamaryokucha I talked about in December – both of these teas attended the same National Tea Competition of Japan and are of similar grade (this one scoring 149 points there), yet there is a significant difference between them.

Those fond of Tamaryokucha can probably already tell the difference from names of these teas – Kamairi means that the tea was roasted and shaped instead of steaming to stop oxidation similarly to Chinese greens, while Mushisei teas, just like the one I'm going to talk about today, are steamed, shaped and may or may not then be roasted additionally. 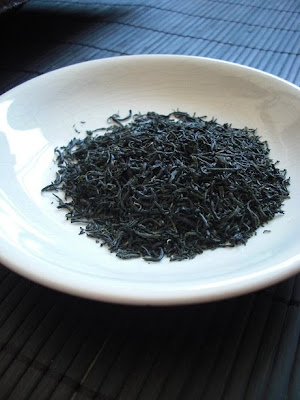 Incredibly fresh smell comes out of the package right as it's opened – properly stored Japanese green teas can stay fresh for quite a long time, even almost a year after production. This scent is very fruity, buttery, sweet and, compared to its Kamairi counterpart, less nutty and more juicy.

In terms of appearance, these leaves fulfill the expectations for high grade Tamaryokucha, being curly, dark-green and shiny. 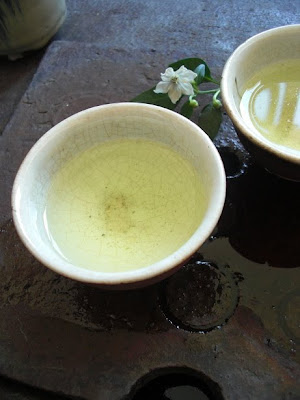 As the water gets quite cool, the first infusion is prepared – pale, jade-green and transparent in appearance, smooth and refined in taste with a lot of various tones, most of which are reminiscent of different kinds of fruit. The overall feeling on tongue is buttery, strong yet harmonic and finishing in a long, sweet aftertaste, quite milky and, once again, fruity.

The second infusion is already a bit more vivid in color, which is now yellowish-green yet still very clear; predictably, the taste and smell also gained on intensity, now being less buttery and milky and even more fruity with predominant tones of peaches and canary melon. The aftertaste is a quite mouth-filling and strong, though a bit shorter than after the first brew.

The third infusion is green in color and has quite similar taste to the second one – however, it also reveals some new tones, especially slight spiciness and a hint of woodiness in aftertaste, marking that the next infusion is going to be the last one.

Prepared with quite hot water and extended time, the last brew is a spicy, decent finish to this mild, refined green tea, still showing some of its original pleasant fruity notes and lively freshness. 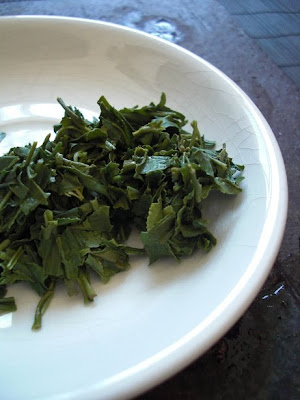 One of the ways to distinguish Mushisei from Kamairi Tamaryokucha is examining the spent leaves – steamed leaves tend to be softer, lighter green in color and a bit more fragmented than roasted – this tea is no exception.

Posted by Michal Tallo at 4:26 PM No comments: