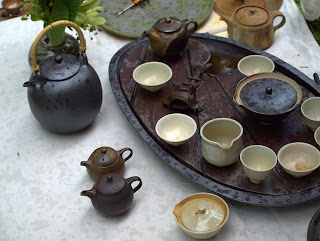 As I already announced on this blog a couple of days ago, Bratislava's third (or second, in official numbering) festival of tea and tea culture, FesTEAval, took place yesterday in the city's Medicka Garden. Last year already showed that this is a promising and growing event, worth of every tea-lover's attention - this year only confirmed the statement. 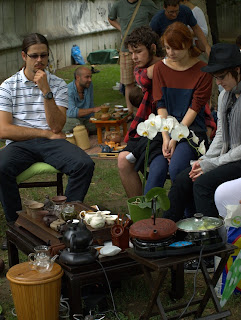 Even though I haven't brought my camera, I was lucky to have a talented friend Martina there, who took some beautiful photos and allowed me to use them in this post. In terms of structure, this Festeaval more or less followed last year's well-tested scheme - individual stands for many Slovak teahouses serving different kids of tea (for free) to visitors outside in the park, lectures on various subjects and by various guests inside the tent of local seasonal teahouse, which is located in the garden every summer. 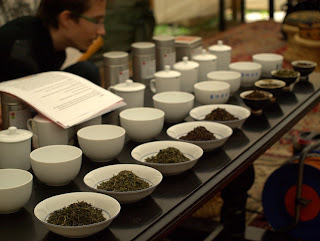 Many visible improvements were made over last year - most notably, the list of this year's guests for lectures excited me from the first time I'd seen it. Daniel Klasek from Darjeeling.cz (talking about teas from Darjeeling and Nepal), Zajo & Mili from Teatrade.sk (Wuyi Yancha), Peter Stanik from Pu-erh.sk (Pu-erh) and Petr Novak (pottery and water-heating on charchoal). 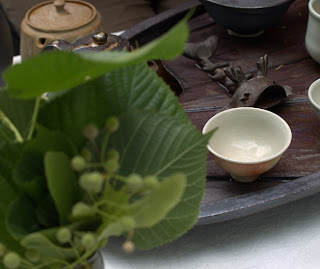 Another part of this year's program was a tasting competition - or, better said, two competitions, one for the beginners and one for advanced tea drinkers. This contest offered some really interesting prizes for its winners, provided by Teamountain and Longfeng. 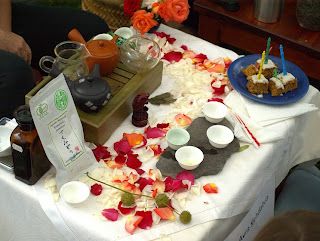 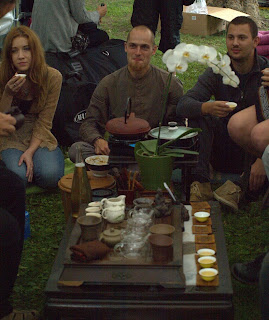 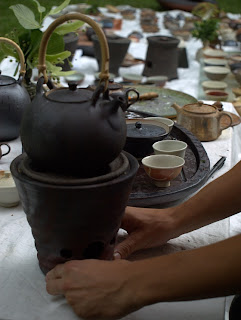 After going through most present teahouses, I spent most of the day at one stand which actually haven't even belonged to any teahouse - instead, Petr Novak and Mirka Randova brought some beautiful pieces of their pottery for sale and, together with Daniel Klasek and Brno's Probuzeny Slon teahouse's Benki, prepared some great teas as well - of course, with water boiled on charcoal, despite of the rainy weather.
I also had a chance to try this kind of water preparation - and, must say, found it very charming, not to mention the effect it has on water. 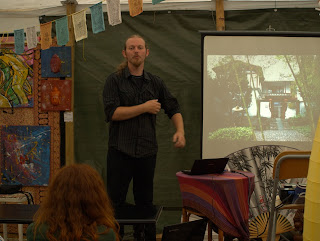 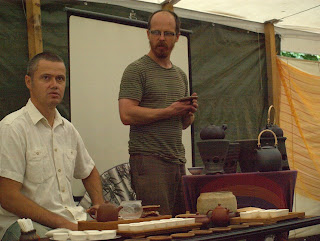 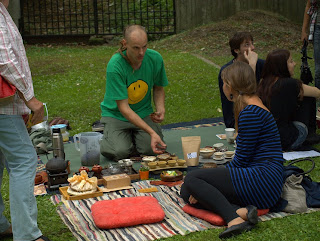 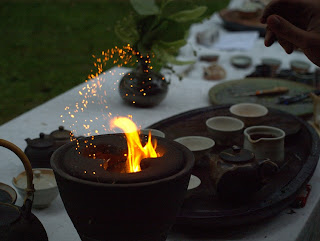 Bratislava's FesTEAval grows and improves. This year turned out to be even better than the last - even rain wasn't able to change anything on that.
A big thanks to the organizers for their effort and a big thanks to everyone who attended - and, helped to shape this extraordinary, pleasant event. 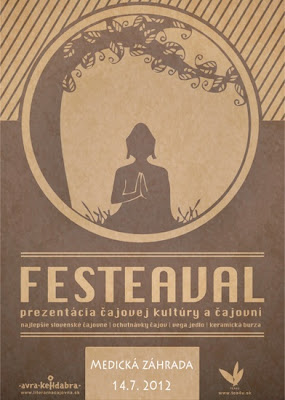 Dear friend, fellow tea-lovers, especially those of you who happen to be in central Europe at the moment, allow me a bit of promotion - the third FESTEAVAL, Bratislava's annual outdoor festival dedicated to tea and tea culture, will take place this Saturday, 14 July in Medicka Garden. During past two years, it proved to be a great opportunity to meet people, join interesting speeches and experience many of Slovakia's finest teahouses, all in one place. See a report of last year's event here.
I'm already looking forward - let's hope the sun is, too.

Posted by Michal Tallo at 5:33 PM No comments: