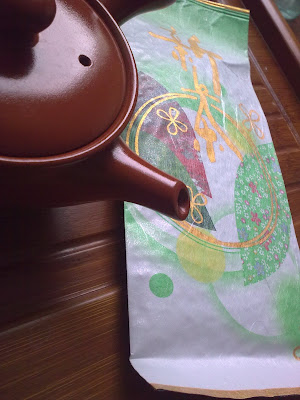 Not that I don’t like Chinese green tea, but Japanese are simply Japanese. I love them in their absolute distinctness, it the way that their teas are absolutely different from any other tea from any other country.

And, as some of you've probably already figured out, Japanese tea is my biggest passion.

This Shincha comes from tea master Katahira’s farm in the of , , being traditionally processed. As a result of this processing, there is higher percentage of water in dry leaf – about 5%. Normally, Japanese teas such as Sencha or Kabusecha have 3% of water in dry leaves. The difference might not seem that big, but believe me, it changes and influences the tea greatly – for example, Shincha has to be consumed maximally by five weeks after the processing. After this time, the tea loses its unique aroma and freshness.

This tea was picked and processed during the last days of May, thus it’s still really fresh. 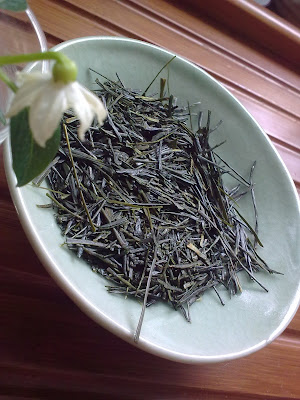 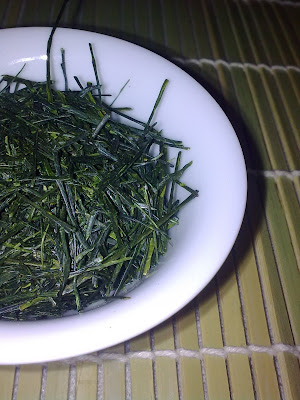 After opening the package, first thing that catches my attention isn’t the smell – it’s quite subtle, however very fine, fruity and fresh – the most interesting thing is probably the appearance of the leaves. They are really wonderfully processed, balanced and shiny green needles. Very long, narrow and straight, obviously an Asamushi of very high quality. 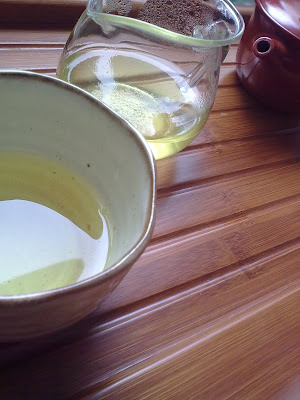 The infusion color is yellow green and with typical turbidity, especially in the second infusion.

First infusion already surprises you with very vivid, full taste, followed by typical Shincha astringency, which is higher than in Sencha – another result of higher content of water in dry leaf. Similarly to smell, fruity tones are strong, repressing the typical creamy, milky tones of Sencha.

After the first infusion, leaves smell almost butter-like, very deeply and sweet. The smell is generally lighter than Ichibancha Sencha teas, being fruitier and somehow cooler. 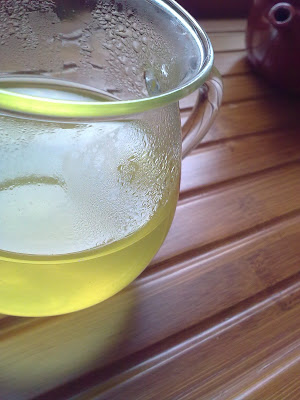 Second infusion is, in my opinion, the best, just as I expected. Astringency is perfectly balanced with sweet, fruity tones and delightful freshness.

If someone would ask me how I imagine the word “freshness” would taste like, I would say – just like this tea.

Third infusion is once again very fruity, being less bitter and generally softer. It was followed by fourth infusion, which was the last one, being already just a memory of previous infusions in a large extent. 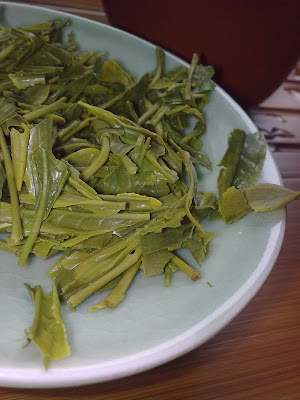 I ate most of the leaves after the session – they were wonderfully sweet and delightful, as all the astringency has already vanished.

All that’s left is a relaxed feeling of harmony this tea brought to me.

It hadn’t failed my expectations and my longing for fresh Japanese tea at all – it overcame them instead.

I am really looking forward to drinking this tea everyday now – as I already mentioned before, it has to be consumed as soon as possible. And I will gladly do so.