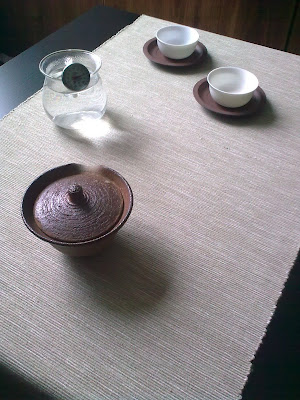 Kuchikiri no Gi is a traditional ceremony hold every year on the first Sunday of October in Uji, . After this day, teas which were left for ripening since the spring harvest are taken out of the storage, as autumn is considered to be the season when Japanese tea is in its best.

Nowadays, it isn’t easy to find teas which are processed like this, being stored until October. One of the most famous tea shops in , specializing in such traditional exquisite teas, is Horaido, established in 1803.

I’ve got seven samples of 2010 Horaido teas from Peter Stanik, owner of the newly established local shop Pu-erh.sk. He normally specializes in puerh and yixing ware - these teas therefore aren’t in his regular offering, but seemed to be more of a one-time import. 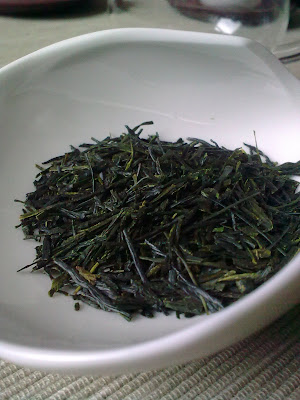 Among the samples I got, this is the lowest grade of Sencha; in Horaido offering, it’s labeled as medium. For a Sencha of this price, the dry leaves are unbelievable – dark green, shiny, plastic-like and wonderfully processed long needles – in one word, beautiful. They have a vivid, deep smell which is nutty, creamy and reminiscent of high mountain pines – very intense, yet not at all obtrusive aroma. 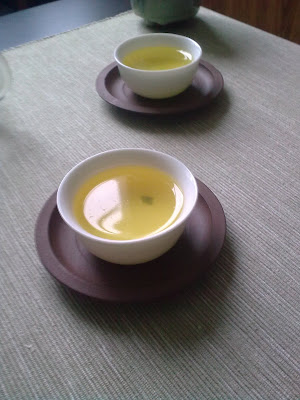 The first infusion is yellow in appearance, pine-like in smell and very fine, distingue in taste with nutty milkiness and refined umami. It’s heavy in character and can literally be felt in stomach after drinking, just like after eating a warm, sated soup.

The second infusion, brewed in water of the same temperature for just ten seconds is a bit more greenish in color and even more vivid in taste, with pine tones present not only in smell, but, this time, also on the tongue. This tea not only looks like fir-needles, but also tastes and smells like it – just like a whole forest in my room, filled with pines and spruces.

A little bit warmer water is used on the third infusion, which is a bit sweeter than the second one, though the deep, pine tones still dominate the taste along with nutty, heavy creaminess and milkiness.

The fourth infusion still demonstrates the complexity of this tea, not being bitter nor astringent at all while still maintaining tones of coniferous trees mixed with nuttiness, which, however, is already less intense, being followed by somehow dry woodiness.

One more infusion is made of this tea, still surprisingly more enjoyable than expected.

After finishing the session, I honestly feel like having a walk in some woodsy mountains. 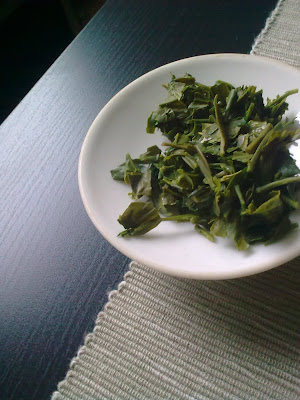 This tea has all the characteristics of traditional Ujicha which I enjoy so much – for the price of 1200 yen for 100g, it’s no wonder that this is the most popular Sencha in Horaido shop, as stated on their website. This kind of deep, creamy pine-like character is quite typical mostly for higher grades of Uji Sencha – this, however, is a middle grade according to Horaido’s classification, which indicates that there really is a lot to look forward to in the rest of teas I’ve got.