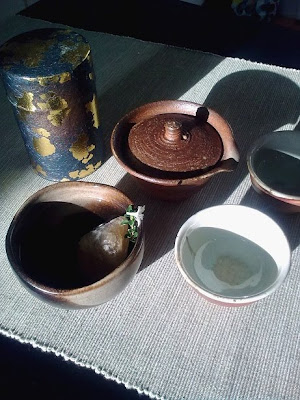 In present day Japan, most of even the highest, competition grades of Sencha are, though often picked by hand (Tezumi), processed by machines. This is related to the difficulty with which Japanese teas (or at last Asamushi teas) gain their uniform, needle-like shape – when done by hand, this process can often take hours. With Japan and its high average salary, it's no wonder that hand-kneaded teas became almost impossible to find, being only a negligible part of the country's tea production.

This particular Temomi comes from Martin Spimr's Teamountain, is packed in a traditional Washi canister and was made by one of famous tea-master Yoshiaki Hiruma (Gokuchanin)'s direct students.

For more informations on how complex and difficult the production of Temomicha is, I recommend you visiting Kohei's great blog, specifically these posts:

I also hereby apologize for the following picture spam of which this post is mainly comprised, but there's no helping it. 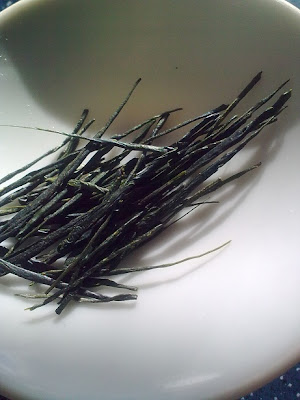 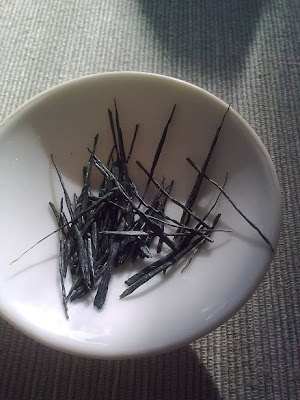 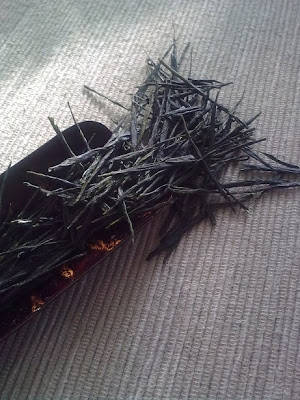 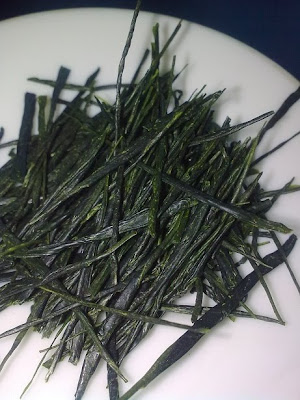 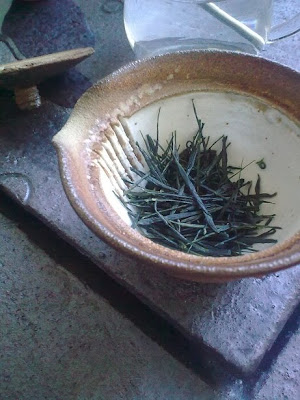 Just as I expected, these are among the longest, narrowest and most beautiful leaves I've ever seen. They are unbelievably uniform, just like a shiny, plastic dark-green needless, as close to perfection as possible.

Their smell is reminiscent to that of top-grade Senchas, especially to that of this year's Tenryu Tezumi Baraki, yet being even more buttery and heavily fruity.

This smell even intensifies after the leaves are placed into the preheated pot, revealing even more of their noble, fruity aroma. 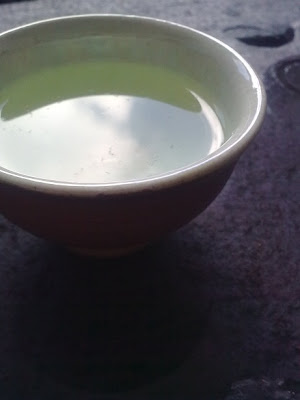 For such special tea, I decided to use water of quite low temperature, almost similar to that which I would normally use for Gyokuro and enhance the brewing times. This results in the first infusion, which is one of the lightest and clearest brews I've ever experienced, with its light-green tone being almost indistinguishable from white glazing of the teacup. This, however, is in contrast to the infusion's smell, which is much more intense than the smell of regular Sencha brew.

The taste is a story of its own, being light as a feather on one hand, yet deep and mouth-filling on the other; noble and fruity just like the smell, buttery, milky and finishing with long, cool aftertaste, once again predominantly fruity and creamy.

The second infusion is prepared with just a bit warmer water and shorter brewing time, stil having the unbelievably clear, light jade-green color, intensive smell and a bit sharper, warmer taste, which however maintains its light nobility. The tones of milk and butter are now covered by countless notes of various fruit, among which are young light grapes, apples and plums. 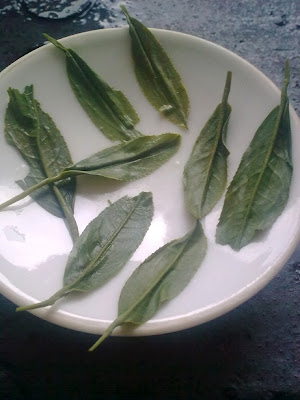 A bit warmer water is once again used for the third infusion, before which the leaves are already completely opened, demonstrating their whole beauty. There isn't any significant color change even in this brew – it still is the beautiful, jade-green lightness and clearness. The taste seems to be an interstage between the first infusion's noble mildness and the second's fruity sharpness, showing notes of both. The character is still quite warm, accompanied by tones of fresh, young fruit, creamy milkiness and deep, buttery aftertaste.

The fourth and fifth infusions still have the same jade-green color and are now a bit rough in taste, yet still not unpleasant with tone of woodiness and much drier, though comparably long aftertaste. 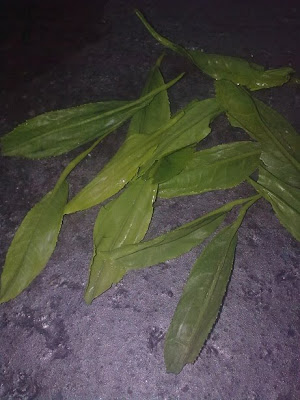 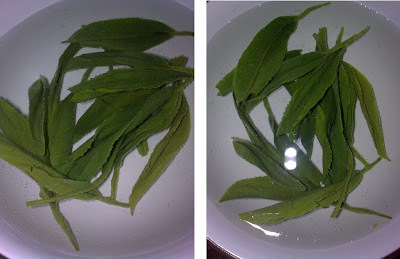 After the session, all of these leaves are eaten. Honestly, who would throw away such leaves?