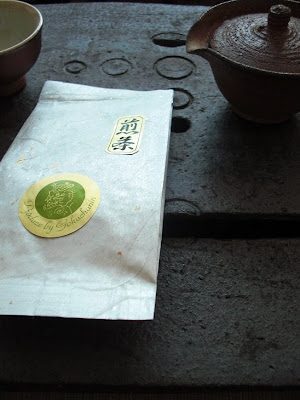 For Yoshiaki Hiruma, famous Temomi master from Saitama prefecture and a great experimentalist, creating various kinds of oolongs called Hanhakoucha obviously wasn't enough – he even went so far as to invent and start producing tea, which undergoes the process of slight withering before it's steamed and processed, resulting in an almost green tea, which however already has some of the characteristic notes of lighter oolongs – quite similarly to Taiwanese Bao Zhong.

He named the unique kind of tea “Bihakkou Sencha”; this particular Bihakkou is made of Sayamakaori breed and, for an (at least for me) unknown reason, is labeled “1”.

Just like the Hanhakoucha I've written about some time ago, this tea was brought to central Europe by Teamountain. 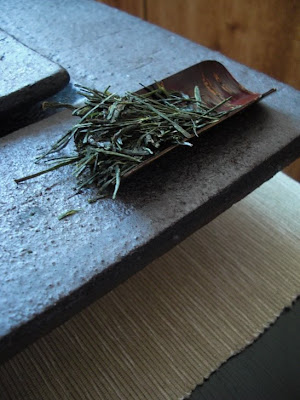 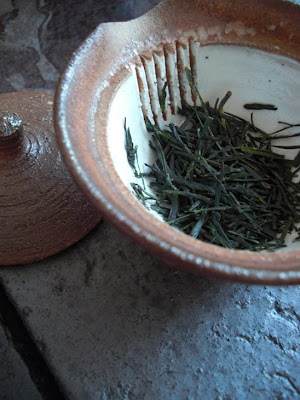 In terms of appearance, these needles are just like a typical, high-quality Asamushi Sencha leaves – long, narrow, dark-green and shiny. Main difference from typical Japanese green tea can however be clearly noticed in smell, which is much more flowery rather than being milky, though it also has the tones of butter, fruit (bananas in this case) and nuts. This scent, even though it also has the typical tones of Sencha, really reminds me of Bao Zhong quite a lot. 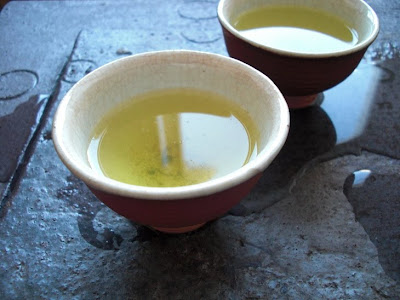 Slightly hotter water than what I would use for regular Sencha of similar quality is used to prepare the first infusion of this tea, resulting in vivid yellowish brew, quite aromatic in smell. It tastes like no other tea I've ever encountered, beautifully binding the milky, deep and buttery taste of good Sencha with fresh, flowery and fruity notes so typical for Bao Zhong and other lighter Taiwanese oolongs. The aftertaste is long, intensive and very fruity, with nuances resembling bananas and wild berries, among others.

The second infusion has even more yellowish, warm color and full, deep taste with numerous tones of butter, bananas, berries and a slight hint of caramel. It now is even more flowery and aromatic, resembling Bao Zhong as much as possible – even so, this tea still maintains some of the typical Sencha tones and a hint of umami, which I find really interesting.

The third infusion is prepared just as the sun is setting down behind the window and now seems more greenish-yellow and opaque with floral smell, quite intensively ascending from the cups. Its taste is sharper, more spicy and with a bit shorter, yet completely different aftertaste, slight astringent and sweet at the same time. Most of the previously found tones of flowers, fruit and milk are still here, though they seem to be more or less covered by the dominating spicy sharpness.

Astringency is already quite vivid in the fourth infusion, though it still isn't really unpleasant – other than that, this brew is also dominated by spicy, fruity sharpness, has quite warm character and longer aftertaste than the third infusion, which now is simple and fruity. 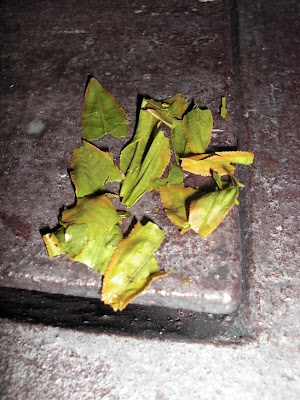 As it seems to be able to produce more infusions than typical Sencha, this tea is also taken into the fifth and sixth infusions; these seem to be very simple in character and similar to the fourth brew, differing by gradually increasing astringency, woodsiness and sharpness.

After the session, the remaining leaves also demonstrate the unique way this tea was processed – though green in the middle, most of them has brown margin as another result of the slight withering this tea undergoes.