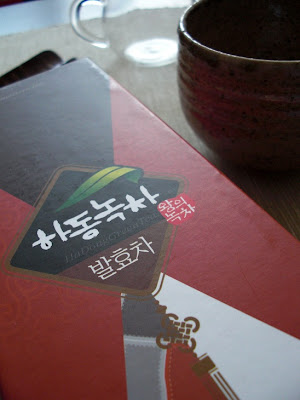 As the days continue to get colder and colder and it already had been some time since I last saw something green outside, my demand of “darker” teas increases as well. This seems like a great opportunity to try the sample kindly given to me by Daniel Klasek of Darjeeling.cz – Korean yellow tea from Hadong. Daniel recently started importing more Hadong teas – apart from this one, he currently also offers two picks of Nokcha - Saejak and Daejak. He also sells some Korean ware and “The Korean Way of Tea” book – overall, this makes him the biggest Korean-tea-related merchant on Czech and Slovak market nowadays.

I've never drank this type of tea so far – I probably wouldn't even know there I something like Balhyocha, if not for Mattcha's Blog. This handmade tea comes in a generic Hadong packaging, which doesn't provide us with any info on producer, just marking that it possibly comes from smaller production. 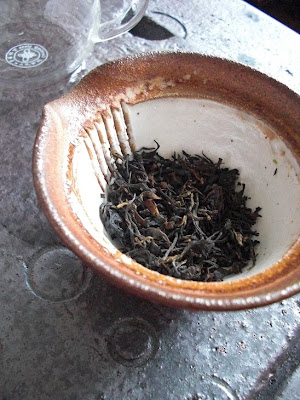 The leaves are dark, curly, quite uniform and generally seem to be very nicely processed. Their unusual smell immediately hits my nose – vivid tones of honey, fruit, citrus, spices and countless others fragrances. In a way it reminds me of autumnal Darjeelings, though it definitely doesn't smell like one – in this case, it seems like the “Darjeeling-like smell” is just one of the numerous nuances found in this tea. 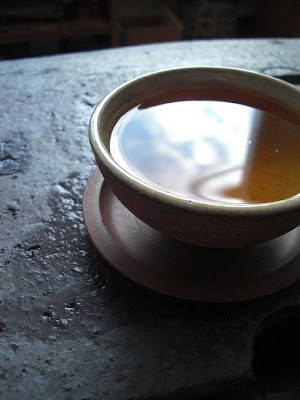 The first infusion, golden-yellow in color, offers as many – if not more - notes as the smell, being smooth, citrous, juicy, spicy and a bit like ripe apples and peaches without any trace of bitterness. It also completely lacks roasted notes which I initially expected, leaving long, yet gentle aftertaste which is a bit sour, bit sweet and very juicy and fruity.

The color seems to be a bit more brownish-yellow and deeper in the second infusion, which follows the first one in its smoothness, being sweeter, even more fruity and less citrous and refreshing. The aftertaste is drier, warmer and seems to be dominated by apples and pears. 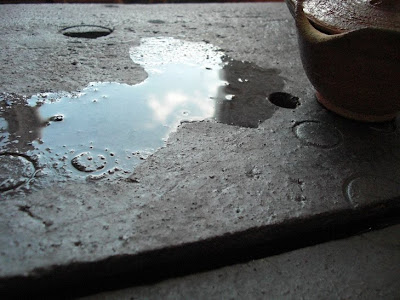 even the sky was curious what's on the tray today

The third brew proves that this tea doesn't get any bitter even after longer brewing with water just under the boiling point, once again being brownish-yellow in color and delivering up tones of ripe fruit, honey and sweet juiciness, being generally more intense than the second infusion though also lacking the citrus tones found in the first brew. Strangely, this strong, pleasant citrus odor can still be found in the smell of leaves after the third and latter infusions, though it can not be felt on tongue.

This tea is also taken into fourth, fifth and sixth infusions, quite uniform in character with warm, fruity character with leftovers of sweetness, juiciness and dry aftertaste. 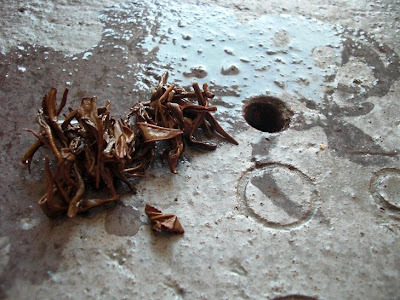 My first experience with Korean Balhyocha and I already want to try more. This tea is like no other I've drank so far; it reminds me of so much and yet is a complete original in its own way.