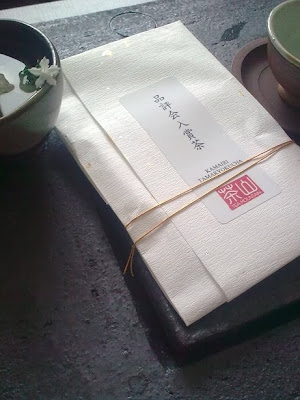 Apart from Kuchikiri no Gi, autumn also seems to be the time of tea competitions in Japan, biggest and most prestigious of which is the National Tea Competition. This nationwide contest is organized into categories such as Sencha, Fukamushicha, Gyokuro and Tamaryokucha.

This year, we were lucky to see that Martin Špimr of Teamountain once again managed to bring some extraordinary teas from this competition to our region, one of which is this Tamaryokucha.

Made of Yabukita breed, it comes from Kumamoto prefecture of southern Japan and is of Kamairi type, which means that it was roasted instead of being steamed (Mushisei). With a score of 192 points (out of 200.?), this tea was awarded the second prize. 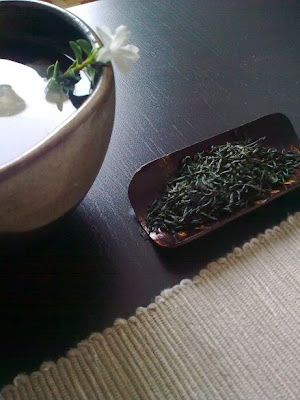 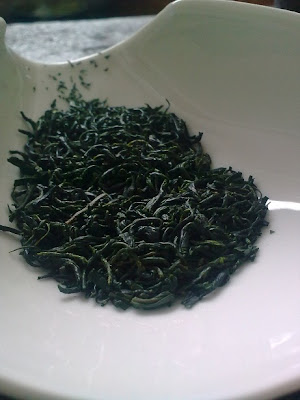 After opening the package which is typically beautiful in its elegant simplicity, wonderfully uniform, plastic dark-green leaves are added into the preheated Shiboridashi.

They gently, yet intensely smell of almonds, hazelnuts and fruit with slightly roasted nuance, reminding me of this year's Ureshino Tokunaga Seicha Tamaryokucha a bit. Though this tea maintains its original character, it shares the basic notes typical for high-grade Tamaryokucha. 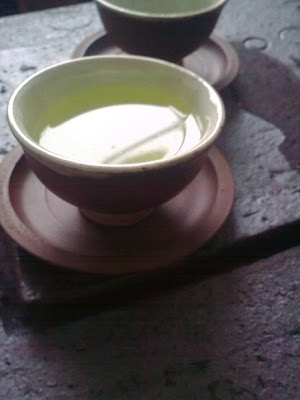 The first infusion is then prepared with water cooled down for a while and sipped from the newest members of my tea-ware family – two little cups made by Petr Novák purchased from Slovak shop Nomad.sk, which arrived to my place today. This brew is pure, light yellow in color and expectably has the slight typical opaqueness. While not losing the roasted nuance, its taste is buttery, milky, sweet and deep with vivid umami note and numerous tones of fruit, nuts and almonds. The aftertaste is mild, yet rich and mouth-filling. 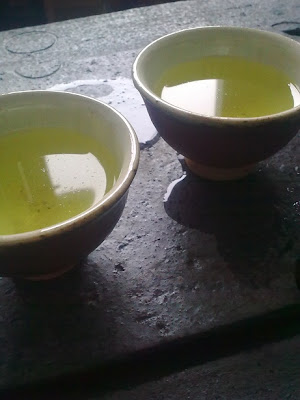 Slightly higher temperature water and shorter brewing time is used to prepare the second infusion, resulting in a yellowish, more aromatic infusion, taste of which is sharper than that of the first infusion, rich, milky and nutty with warm character. This brew is less fruity and more buttery than the first infusion, followed by long aftertaste, still lingering on tongue as the third infusion is prepared.

The third infusion maintains the sweet, buttery character of previous, being significantly less sharp; instead, it's milder; just like a harmonic, complex fruity nectar, enriched by still vivid tones of almonds, hazelnuts and milk. Its overall character as well as the aftertaste is very similar to that of the first infusion, which also seems to be quite a typical characteristic of good Kamairi Tamaryokucha. 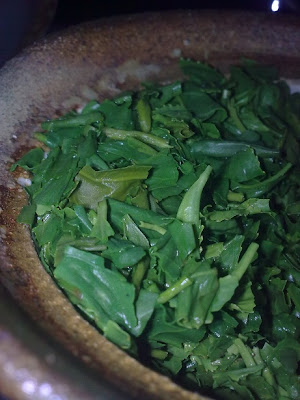 Two more infusions are prepared with quite hot water, showing a loss of buttery, milky sweetness and umami, which are now replaced by woodsiness, last leftovers of fruitiness and vivid, though still not intruding sharpness and aftertaste which is humble and pleasant even after many brews, just as this beautiful tea itself.