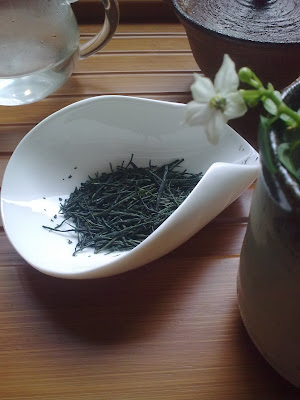 Another cloudy day.
Though many people would say this isn't exactly an ideal weather for Japanese green tea, I drink it all the time - days like this are no exception. Perhaps this green, cool freshness can bright up the overall unpleasant mood, caused by weather outside.

This tea was kindly given to me as a sample to try by Teatrade.sk’s owner. They are the only company in that sell Marukyu Koyamaen teas and though this one isn’t in their offering, it was packed in last shipment from Marukyu Koyamaen as a gift.

I have already talked about Marukyu Koyamaen in many of posts on this blog, so here’s just a short introduction – famous company located in Uji, Kyoto, “the birthplace of Japanese tea”, as it’s often called, being established sometimes in Genroku period (1688－1704). Since then, the company has won numerous prestigious tea competitions all over , including first prizes at The All-Japan Competitive Tea Exhibition nineteen times.

Unjyo is the second highest grade they offer and has also competed at the All-Japan Tea Competitive Exhibition. 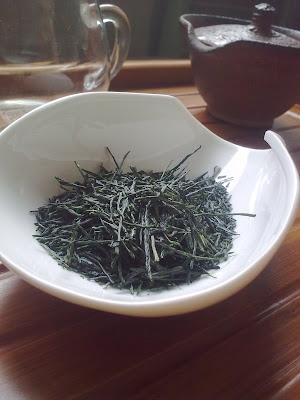 First obvious sign of very high quality of this tea are dry leaves. Beautiful, straight dark-green Asamushi needles in absolutely perfect condition; condition which clearly implies that this is a competition grade Sencha.

They smell just like I would expect from this grade of Sencha – noble, fruity and sweet, yet unobtrusive, mild and with no unpleasant tones at all. 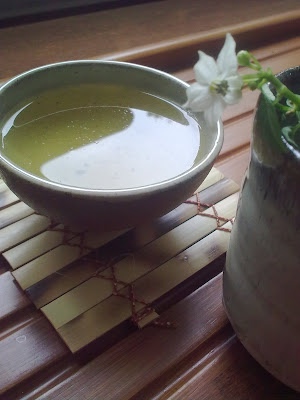 First infusion is vividly deep, nutty and milky in taste and, for a Sencha, has quite a distinct umami tone. As with smell, there are no unpleasant or unwanted tones in taste of this tea.

Second infusion is prepared with warmer water and left brewing for just a short while. Resultant beverage is just as vivid as the first one, being a bit sharper and fresher in taste, while maintaining all milky deep tones and wonderfully strong and long-lasting aftertaste on tongue.

Third infusion is steeped for the same time as the first one, just with a bit warmer water. It still is deep and milky to some extent, though these tones are already being suppressed by the fresh grassiness typical for further infusions of good Japanese teas. The aftertaste is also a little weaker than before and already shows slightly bitter tones, which however still are pleasant and noble.

One more infusion is made with water just below the boiling point and long brewing time, though this tea has already delivered up all it had. This infusion is therefore just a nice memory of all previous. 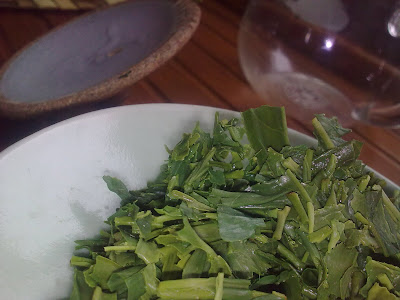 This tea was enjoyed from the very beginning to the very end, from dry leaf to its wet counterpart. Thanks once again for an opportunity to try it.