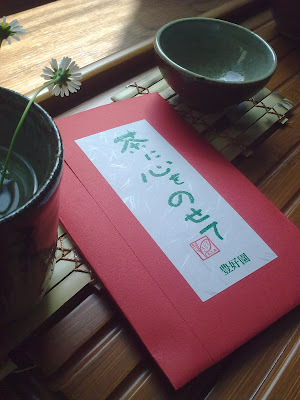 This time, the destination I’m heading to is a lovely little village in the midst of woods, located close to ’s highest mountains, High Tatras. I already can’t wait, as the place is known for its breathtakingly beautiful and untouched nature and, therefore, also is an ideal place for tea drinker. I will spend one week there, with only limited (or, more likely, none) connection to internet.

Other than that, this small package arrived to my place today – containing two bags, both filled with quite uncommon Japanese teas. These two teas come from offering of local shop Tealand, both of them come from and are hand-picked (Tezumi), though they come from two different famous producers – one from Yutaka Katahira and the other one from Oota Masataka. This post is going to be a closer peek on the first one.

As some of you may remember, this Kuradashi (aged) Kabusecha comes from the same producer (and same cultivar as well - Yabukita) as the one I drank on my last trip to . This one, however, has been aged “only” for five years; in contrast to Kuradashi Kirara Kabuse Yabukita, which has been aged for 12 years.

Whole production of this tea is just (about 21ounces). 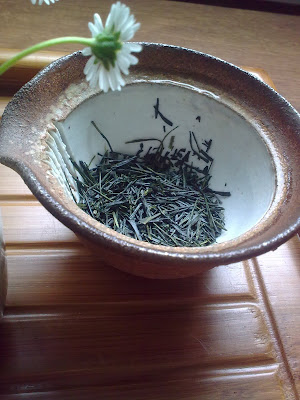 After opening the package, what I can see and smell is no surprise – in a good way, of course. Beautiful, shiny dark-green needles show highest quality of processing, perfectly handled aging process and great care this tea was made with. They smell of sweet fruit and milk – intensely and refined. 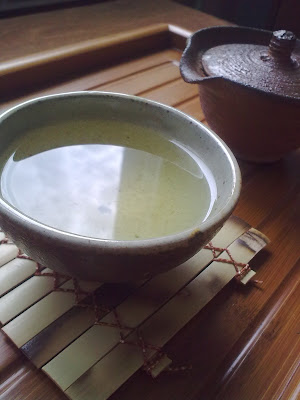 Being steeped in lukewarm water for quite a long time, first infusion is pale yellow in color and has, similarly to smell, taste which is mild and vivid at the same time, with distinct umami tone, deep sweetness and a little bit spicy aftertaste.

The second infusion, prepared shortly after the first one, is golden-yellow in color, though the infusion is still quite pale. The taste is even more intense, being very complex, deep and milky with most fruity tones receding. This is, in my opinion, the best infusion, as it represents all that I expect from top-quality Kuradashi tea.

Third infusion is already prepared with water which is a bit higher in temperature, though still far below the boiling point. It has a rich, noble astringency and very intense aftertaste, being most vivid of all brews.

This tea is also enjoyed in fourth infusion, which is mild and astringent, though still surprisingly pleasant and specific. 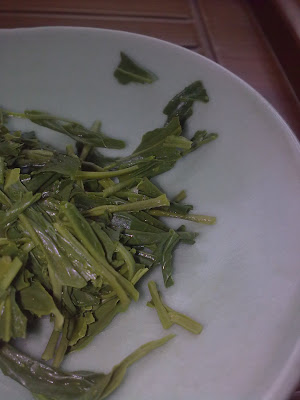 After the session, my mind is as calm as it rarely is; this tea truly is a gem.